In English there are 2 patterns for adjectives:

It’s such an interesting class.

She is such an interesting woman.

There is a group of adjectives that can end in –ed or –ing. However, the meaning of the adjective changes depending on the ending. For example, interested/interesting, tired/tiring, confused/confusing, surprised/surprised, etc.

We use the –ed ending to talk about how we feel. Adjectives ending with –ed are used primarily with nouns that are people or animals.

We use the –ing ending to describe a noun or when the noun is the reason of the feeling. Basically, the –ing adjective shows why a person is feeling a certain way. Adjectives ending in –ing are used primarily with nouns that are things. 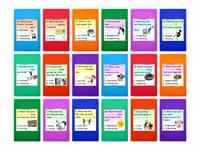